A pre-release build of Microsoft’s first update to Windows 8.1 was last week leaked online ahead of its roll-out in March. Although features in the leaked version may change prior to its final release, it does provide some indication of what changes we are likely to see with the update.

The most noticeable change is the addition of power and search buttons to the start screen. Previously, these were available only through the slide-out menu bar and are now, as a result, more easily accessible. 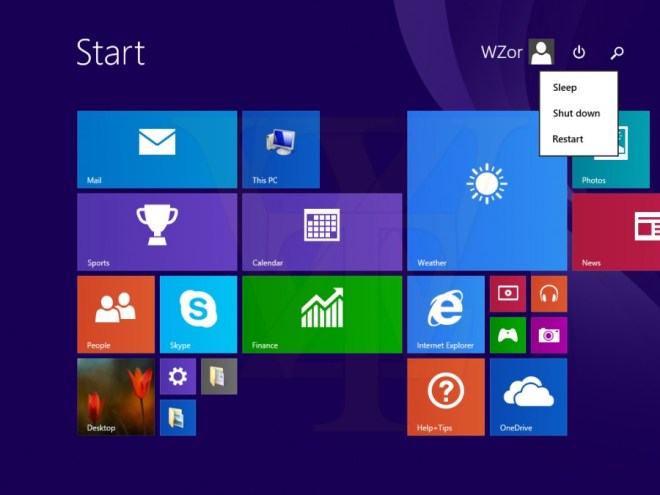 Microsoft has also improved accessibility for Metro apps. Where they were previously only able to be launched from the start screen, apps can now be pinned to the desktop taskbar. When launching Metro apps from the taskbar, the taskbar will remain visible until users begin interacting with the app so as to retain control for the user. To pin apps to the taskbar, users need only to right-click on the app and select ‘pin to taskbar’.

The right-clicking functionality itself is a new feature for Metro apps and brings up a context menu. Actions available on right-clicking include resizing the app, unpinning it from the start screen and uninstalling it.

Further control over Metro apps has also been provided to users in the form of a new title bar that sits across the top of the apps. The title bar allows users to close, minimise or split apps to one side of the screen or other. 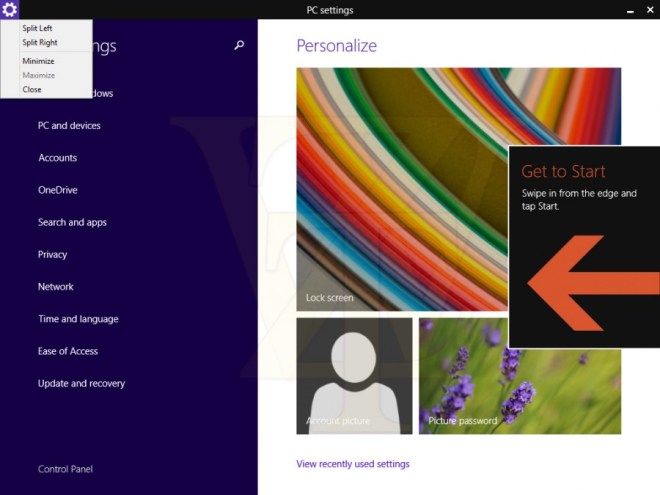 The leaked version does not boot to desktop by default as some rumours had suggested it might. Whilst this is a feature that PC and laptop users may favour, Microsoft’s focus on mobile may dictate that the start screen remains default, although further changes may yet be implemented in the final build, expected on 11th March.

The changes shown in the leaked update to Windows 8.1 suggest that Microsoft has listened to feedback that users have provided. Users are being given better accessibility and control over the platform.